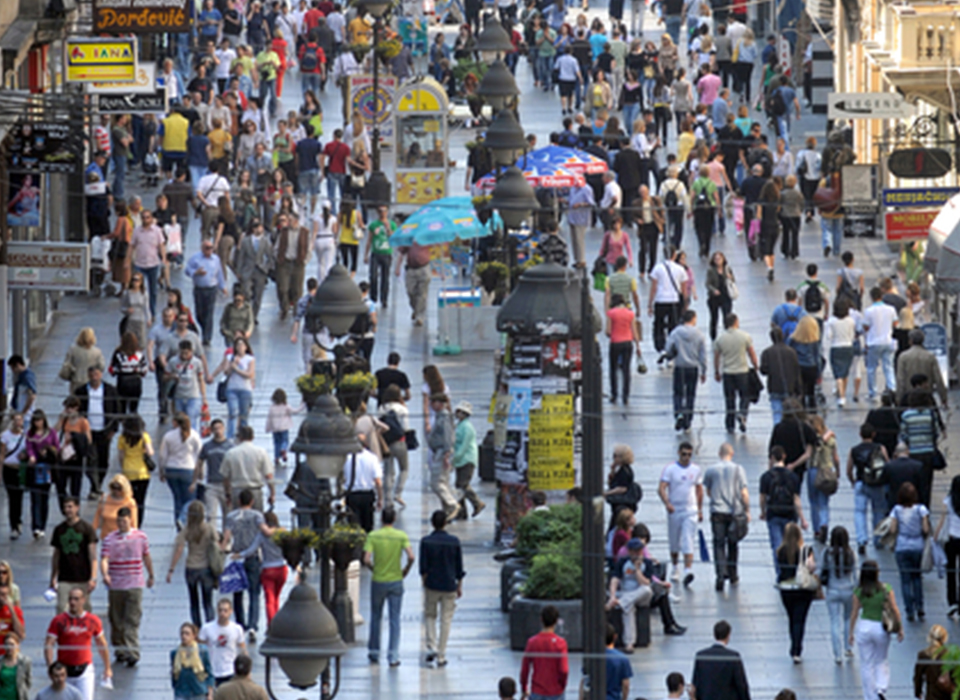 Based on the results of a comprehensive analysis and risk assessment, the Statistical Office of the Republic of Serbia has decided that, due to the unfavourable epidemiological situation, caused by the COVID-19 pandemic, which may significantly jeopardize the preparations and field implementation of 2021 Census, to delay conduction of this most complex and expensive statistical survey for six months, i.e. to conduct the field implementation of the Census in October 2021 instead of April 2021.

Regardless of the unfavourable epidemiological situation, the Statistical Office of the Republic of Serbia managed, primarily thanks to the good organization of work in emergency circumstances and the wholehearted commitment of the employees, to implement all planned activities in the preparations for 2021 Census, whose field implementation is in accordance with the Law on Census of population, households and dwellings in 2021 ("Official Gazette of RS", No. 9/2020), scheduled for April 2021.

However, in the coming period, it is necessary to implement a series of activities that require direct contact, both the employees of the Office with direct participants in the census (instructors, enumerators, members of census commissions and other persons engaged in enumerating specific categories of population) and direct contact between instructors and enumerators with citizens. The following activities were identified as the most risky: (1) selection and training of about 20,000 candidates for instructors and enumerators (January-March) and (2) field data collection in April 2021, when 15,000 enumerators should go to the field and within a month, visit each house / dwelling and enumerate the entire population, including persons accommodated in nursing homes, psychiatric hospitals, homes for children without parental care, students and pupils in dormitories and boarding schools, migrants in reception centres and other categories of the population in collective accommodation that are at higher risk of infection.

Having in mind the mentioned activities and deadlines for their realization, but also the uncertain epidemiological situation and the danger of spreading infectious diseases during the census, after consultations with epidemiologists and extensive analysis of various scenarios, it was decided to postpone the 2021 Census for six months

The decision to postpone the Census has not been easily made and it is based on several factors, the most important being the need to ensure the safety of citizens and direct participants in the census, along with the need for a comprehensive census that will provide up-to-date, quality and reliable data.

During the decision to postpone the census, information on the plans of other countries that apply the same census method was also considered. All countries conducting the traditional census (by interview method) face challenges related to key activities such as selection, candidate training, logistics and field data collection. Eurostat's position is that the corona virus pandemic has a direct impact on the production of European statistics and that it is becoming increasingly clear that many countries are facing significant difficulties in conducting the census. The year preceding the field implementation of the census is crucial for planning and testing the efficiency of systems and processes, which could not be realized due to constraints caused by the pandemic. For this reason, Scotland and Ireland, which planned to conduct the census in April 2021, have officially postponed the census to April 2022. Other European countries are considering different scenarios, adjusting plans and developing additional strategies for conducting the census. In support of the decision to postpone the census is the recommendation of the United Nations Department of Statistics (UNSD) and the United Nations Population Fund (UNFPA), which, in the context of the negative impact of the current pandemic, issued a set of recommendations in September 2020, proposing postponement of the census in the countries that have intensified preparatory activities - https://unstats.un.org/unsd/demographic-social/census/documents/ppe_in_censuses.pdf

The postponement of 2021 Census of Population, Households and Dwellings inevitably imposes the need to postpone the Census of Agriculture, which was planned for October 2021 for 2022.

The Statistical Office of the Republic of Serbia will continue to monitor the epidemiological situation in the coming period in order to identify and assess all potential risks and timely adjust the planned activities.