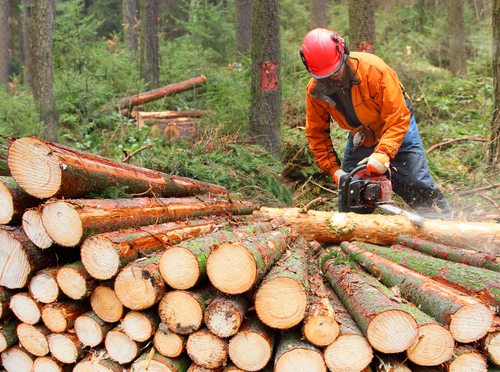 Volume of works, related to felling timber in the Republic of Serbia in 2018, compared to the previous year, increased by 2%; in Beogradski region, it increased by 19%, and in region Vojvodine, it decreased by 3%; in Region Šumadije i Zapadne Srbije, the increase of 3% was noted, and in Region Južne i Istočne Srbije, the volume of works remained on 2017 level. Total felled timber volume in 2018 was about 3.3 million m3. The greatest part of it, about 1.6 million m3 (50%) was used as fuel wood. Gross felled timber volume in and outside state forests was about 2.3 million m3, while it amounted to about 921 000 m3 in and outside private forests.